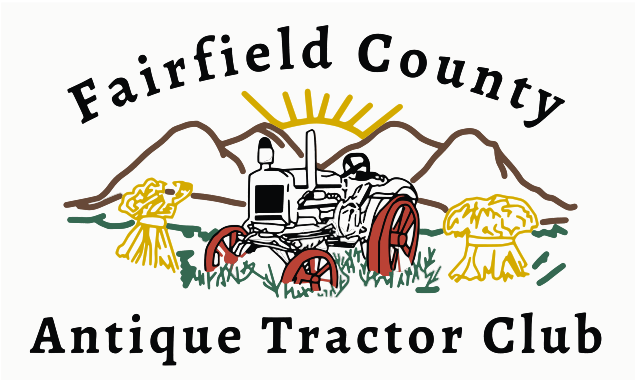 We are a local antique tractor club from Fairfield County, Ohio.
Feel free to come join us for our monthly meetings, where we plan our appearances, community support projects, and our annual Antique Tractor and Truck Show.
Monthly club meetings

Notice of Location Change:  All future meetings, including the December 1st meeting will be held at Pizza Cottage.  Located at 2223 West Fair Ave. Lancaster, OH 43130.

We have the large room booked from 6:00pm to 9:00pm.  Committee meetings are also moved to Pizza Cottage.

If you love old tractors including steam or have a desire to participate in a farming activity from 50 plus years ago, please come out to a club meeting. New faces and ideas are always welcome. We are involved in an extraordinary range of activities.  Tractor ownership is optional, and membership is $10 for a year or $25 for 3 years.
CLUB NEWS
Stock the Trailer Food Drive
$1000 dollars to the Stock the Trailer Food Drive (4-H at the Fairfield County Fair).  The 6,276 pounds of food went to 7 local shelters. 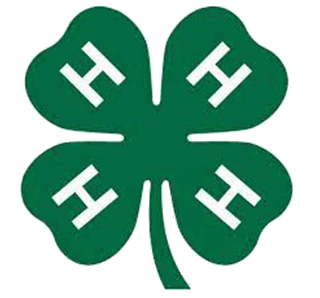 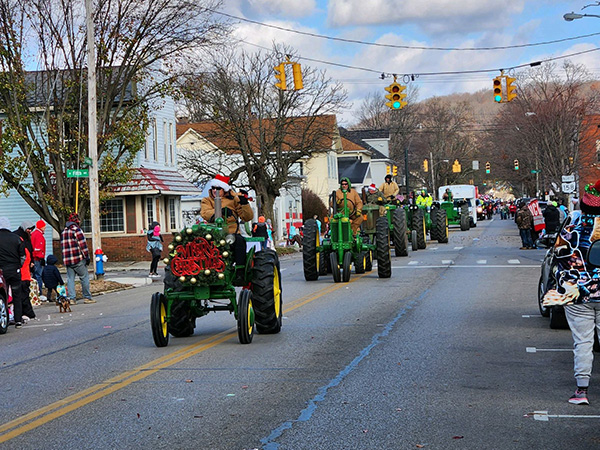 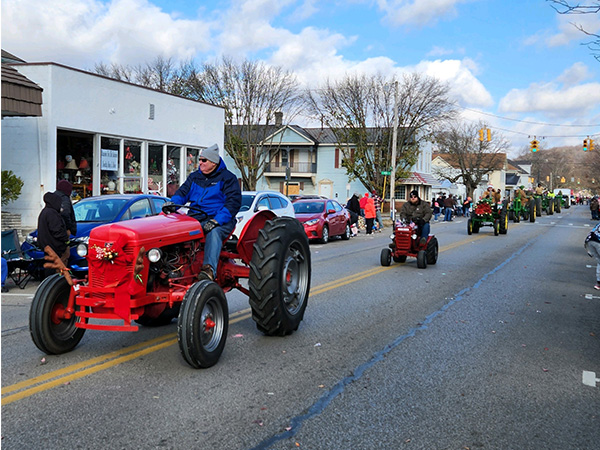 Baltimore Festival
Even through Mother Nature dampened much of the Baltimore Festival this year, yesterday’s parade was dry and a glorious morning for a parade. In total we had 23 tractors at the parade...most were club members and 32 tractors on static display. If you have photos from the event, you would like posted, email them to me at randywhisler@gmail.com. Here are a few photos I took yesterday morning. 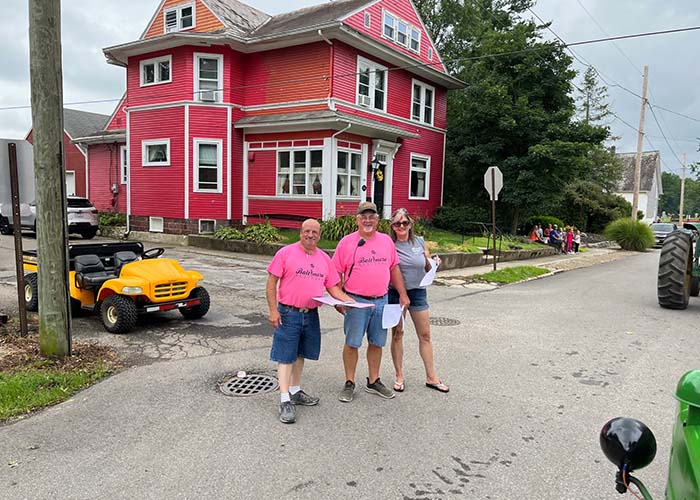 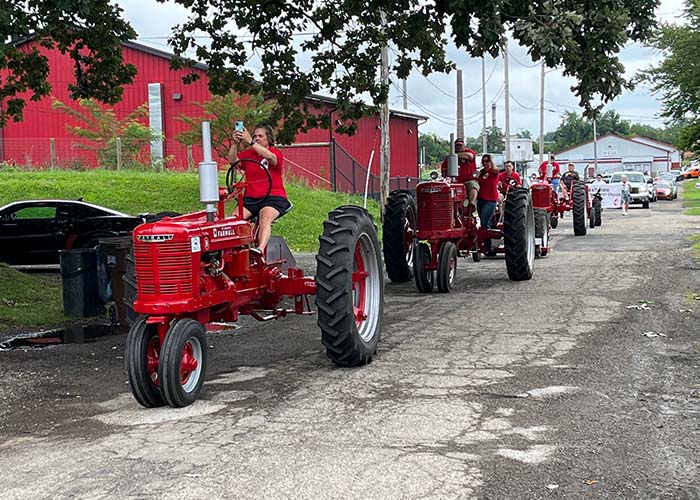 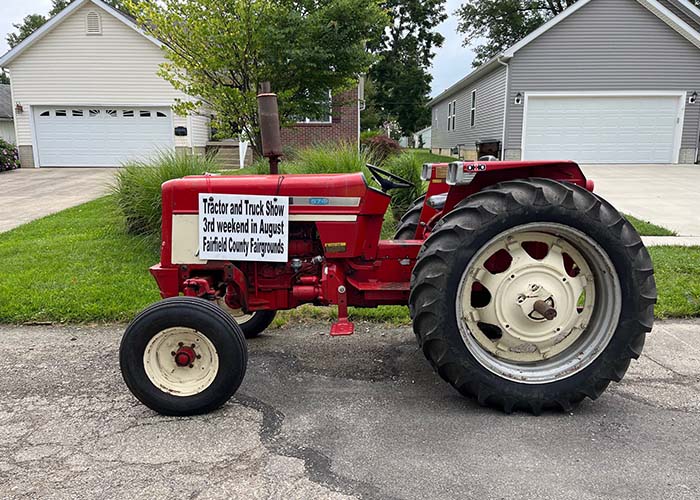 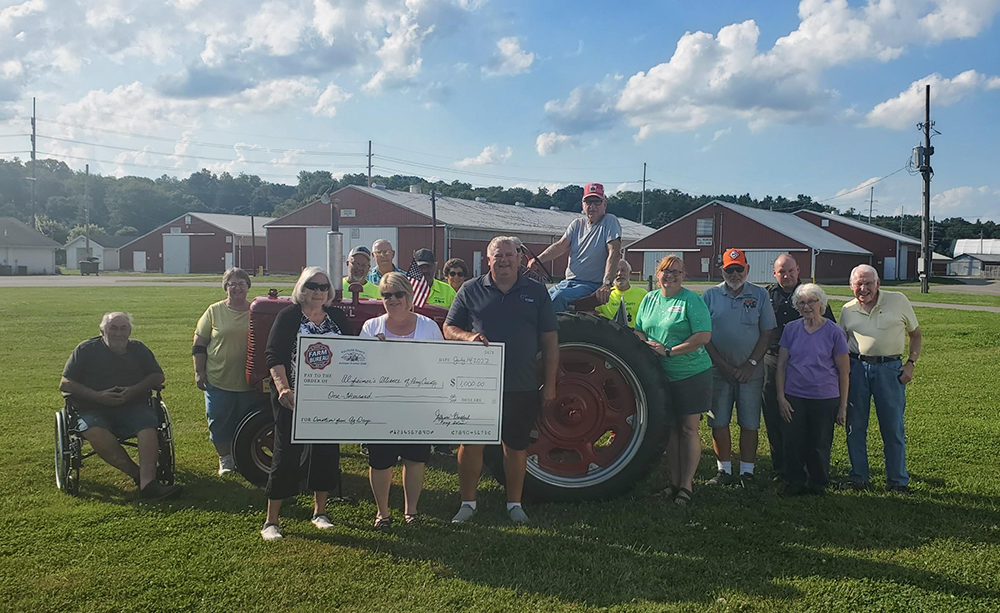 Lancaster 4th of July Parade
The FCATC had a great turnout for the Lancaster 4th of July Parade with more than 15 tractors.  Some highlights were Jim Miller with his F-12 on steel, Doug Shaw and his JD combine, Ray Hintz with his fully decorated Farmall H and matching trailer, and Mike Bowers with his JD 530 and New Idea wagon.  We were well represented with AC, JD, Ford, and IH/Farmall's...we missed you guys with MM's and Olivers, just to name a few...start planning for the Lancaster Christmas Parade on November 20th.  Let's see if we can top 20 tractors for that parade! 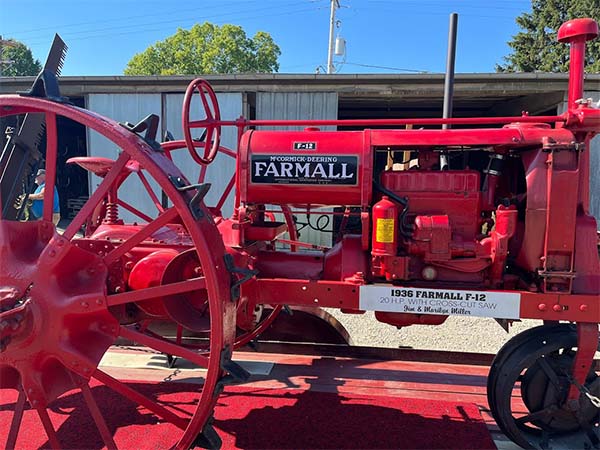 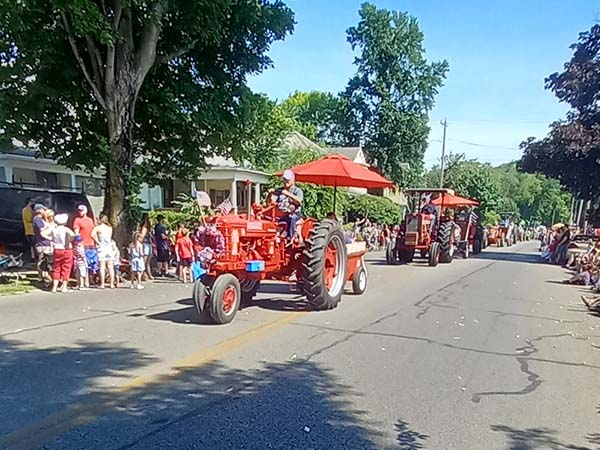 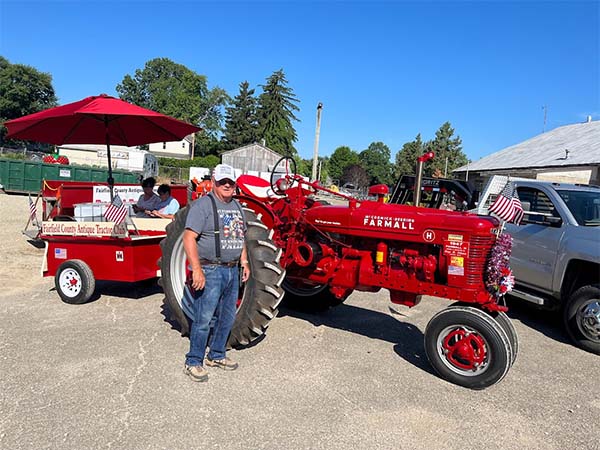 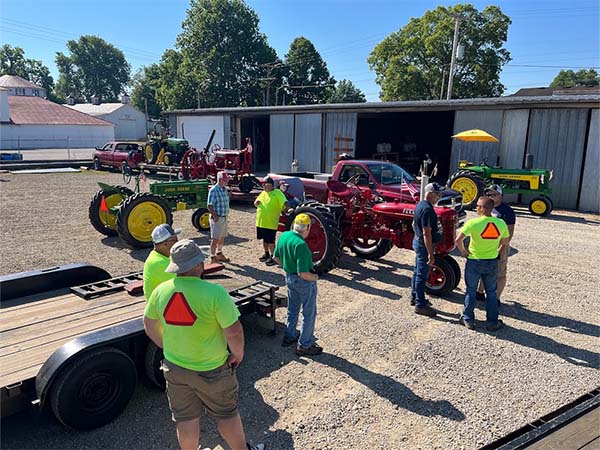 FCATC made a donation in honor of Barney Ankrom to the American Lung Association. 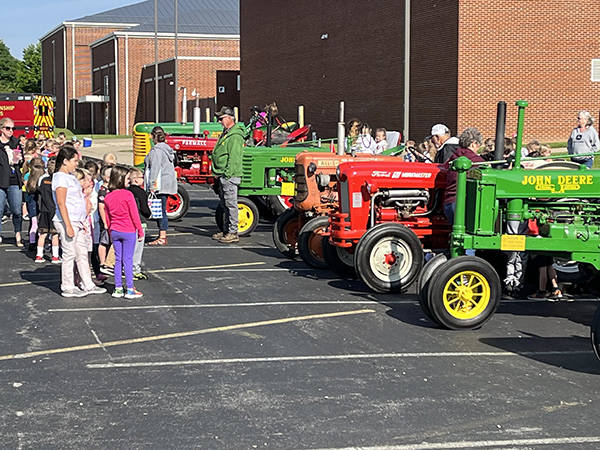 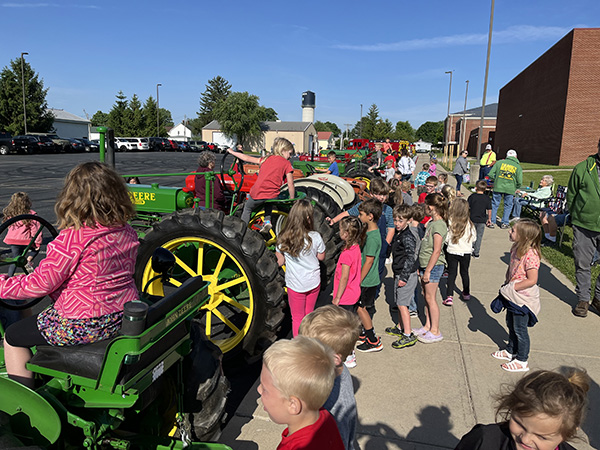 May 24, 2022  The Fairfield County Antique Tractor Club was at Amanda-Clearcreek Schools for Community Days.  The students, K through 2nd were assisted by club members to sit on the tractors.  The kids had a blast.  The club had 10 tractors there and a great time was had by all. 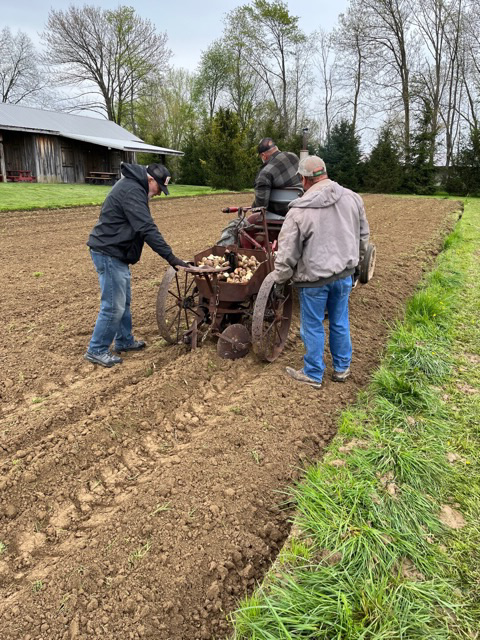 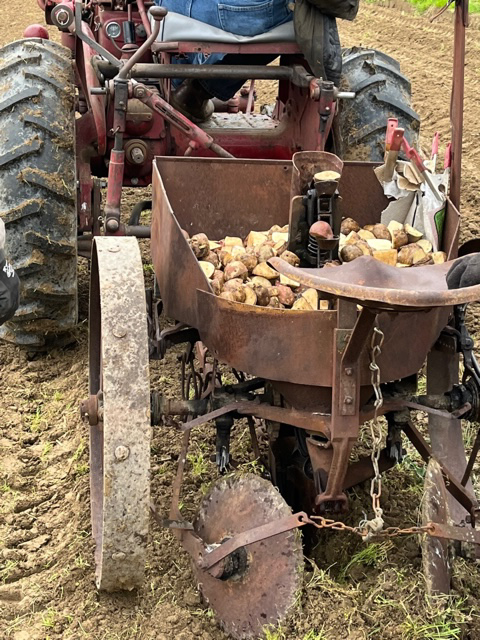 Thanks to all who came out to Smeck park to plant potatoes.  Although the weather was not great, all of the spuds are in the ground.  Pray for a  good growing season so we have lots of potatoes for the local food banks.

Photos and video:  Special thanks to Dave Johnson for bringing his Farmall 140 and his mechanical planter. 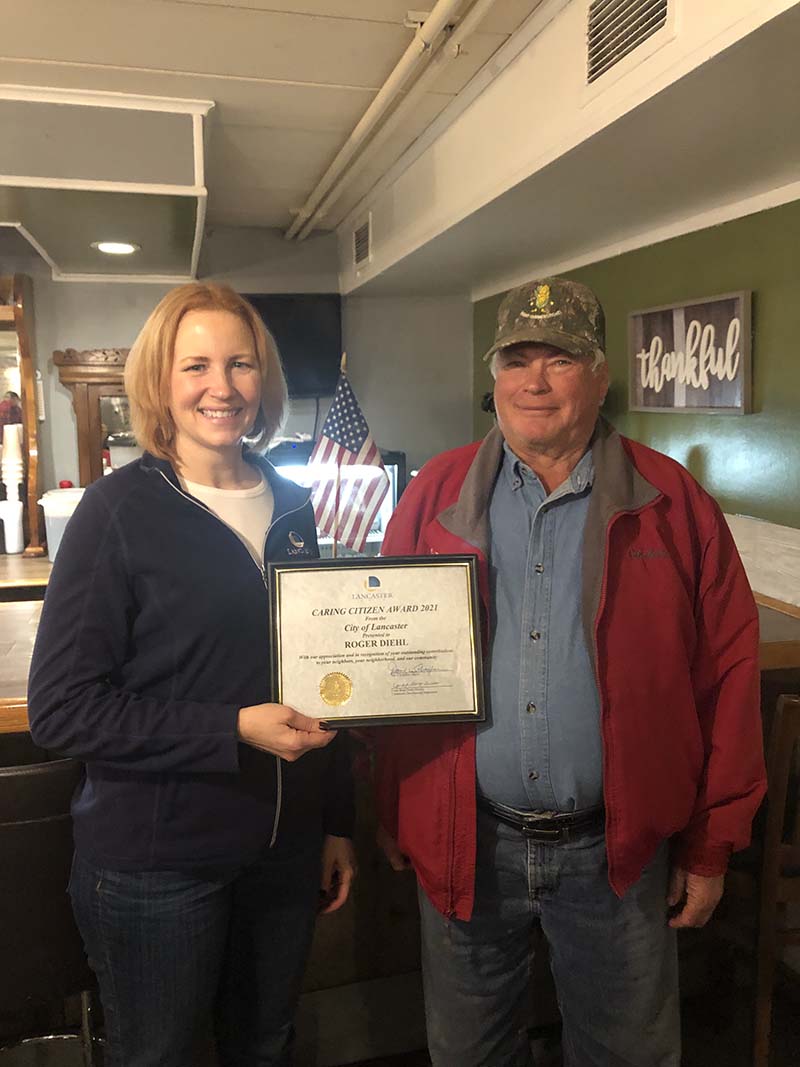 Lynda Disser, City of Lancaster Community Development Director presented Roger Diehl a Caring Citizen Award for his support of the Community Garden.  Roger completed the winter preparations of the garden by tilling the site.  Lynda explained that it was the first year of the garden and that Roger's support allowed the community to benefit from growing their own food. 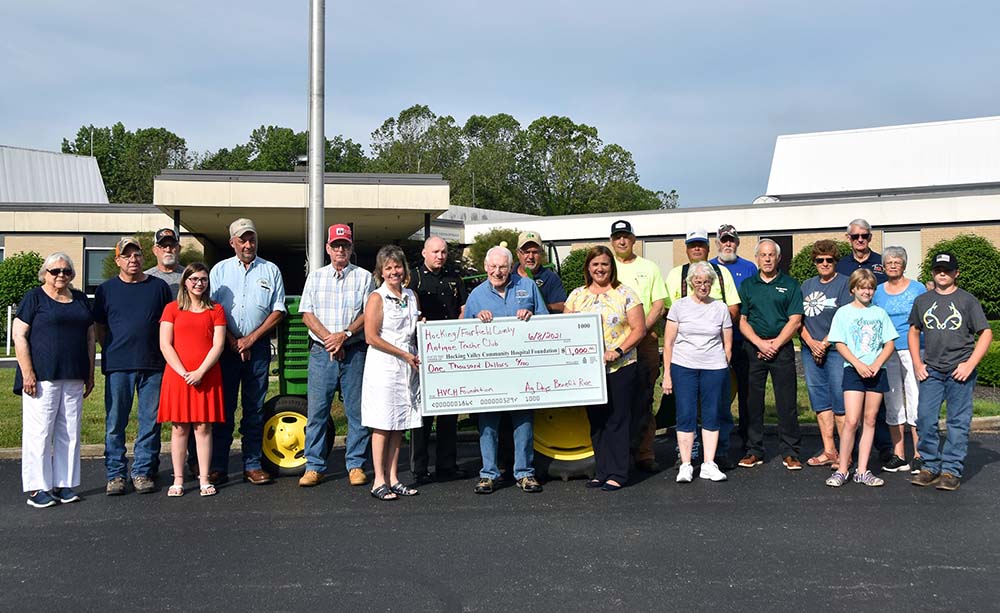 Hocking/Fairfield County Antique Tractor Club made a $1,000 donation to the HVCH Foundation from the proceeds of their Ag Days Tractor Benefit Ride. The donation will be used to help diabetic patients at the hospital. We are very grateful for your contribution!
_______________________
UPCOMING EVENTS
February 19, 2023 @ 9am-3pm
Toy & Tractor Show
Fairfield County Fairgrounds
Admission: $2.00 for adults, children under 12 Free
Get out of the house during those mid-Winter Blues, 2 large, heated buildings with toys and displays, food available too! 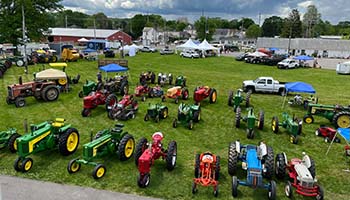 Static display tractors should arrive on Friday May 12 between noon and 6PM, or before 8:00am on Saturday May 13.
This year’s charity ride is on Saturday May 13 at 10:00am. A donation of $20 in recommended.
The funds raised will go to benefit those with Batten Disease in Hocking Count. 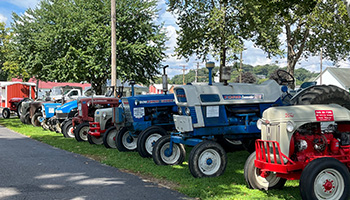 Featured tractors are MM, Oliver, and Cockshutt
Admission and parking are free…donations accepted
Lot of activities for all ages…demonstrations, toy vendors, food, petting zoo
Tractors can arrive Wednesday afternoon and Thursday from 8am to 5pm
FAIRFIELD COUNTY ANTIQUE TRACTOR CLUB
CONTACT US